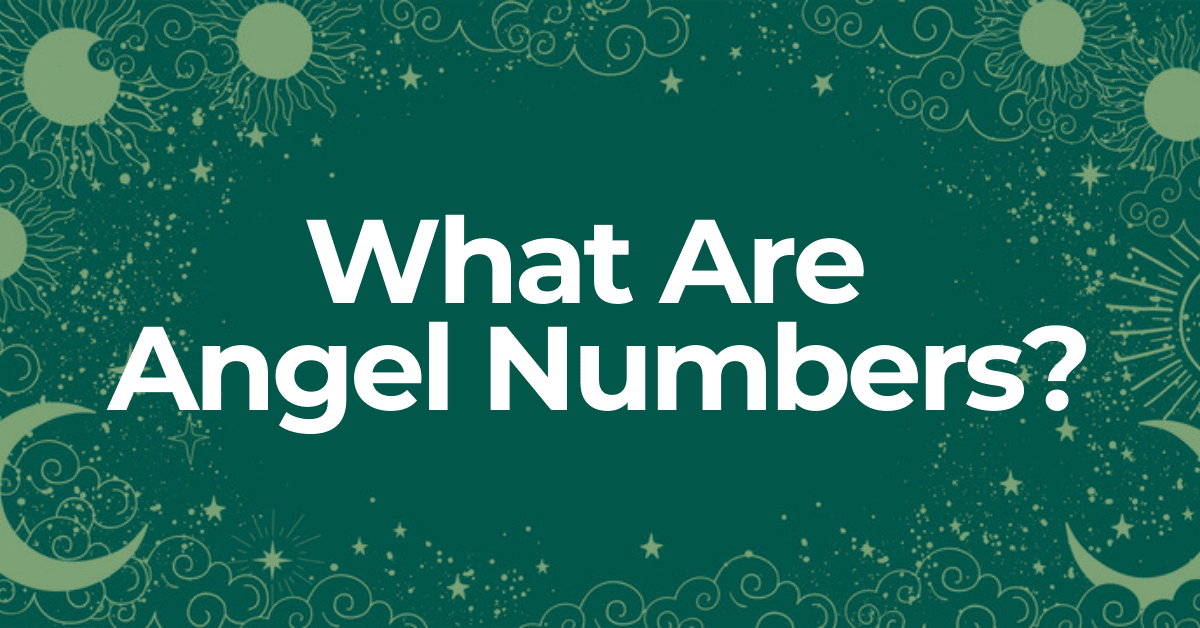 A Guide To Angel Numbers and What They Mean

Every individual will occasionally receive messages in the form of angel numbers or numerology at some point throughout their life. Our guardian angels and the Universe are trying to send you a message but unfortunately most individuals aren’t paying attention in order to listen to their advice. This form of angelic guidance comes in the shape of numbers and repeating digits. Each number has a unique meaning for your life that could be a positive sign or a negative warning based on your current lifestyle.

These numbers are direct communication between us and our celestial messengers who are looking out for us. Humans aren’t perfect or all-knowing which means we constantly need help to progress our life and to reach our highest purpose. This is where the messages from our guardian angels come into play. They will send us messages and advice in the form of repeating numbers that we will see on a consistent basis throughout our everyday life.

The Universe is trying to send you a positive message or maybe even warn you about a negative event in the future if you don’t make a change. But are you willing to listen to the messages that your angels are sending to you? In our guide you will learn about the different meanings of each angel numbers and learn about the importance of numerology in your life.

What Are Angel Numbers?

Angel numbers are coded numbers that you will see a lot in your everyday life. It could seem like coincidence, but it isn’t. The angels are always watching over you and they’re trying to guide you on what to do next as well as what choices to make in life. Within Numerology and spirituality it is known that each individual number will carry a different meaning and when combined into larger numbers the overarching meaning will change as well.

There are a variety of different ways in which your angels will send you messages. When talking about angel numbers it is known that these numbers will appear in your everyday life. This is different from just randomly seeing a number because you will begin seeing these numbers on a consistent basis throughout the day. This could mean you see the same number 3 times in a day or it could mean you see the same number 10 times in the same day. This will vary based on the individual as well as the severity of the message that your guardian angels are sending to you.

It is not normal to see the same number multiple times a day on a consistent basis as this isn’t natural. This is how we know it is a message from the universe and your guardian angels. When you begin seeing the same sequence of numbers in your normal everyday life then you must be prepared to listen to what message your angels have to say.

Many angel numbers will have a positive meaning but it is possible that the number you keep seeing is a sign of a negative future or a warning that you need to change your lifestyle or it won’t be a good result for your life. This is why listening to angel numbers is so important for your life.

The single digit angel numbers that range from 0-9 are known as the Master Numbers because they are the original angel numbers and makeup the base for every other angel number in existence. These numbers will make up and be used within every other number from 10-9999. Each master number will have an easy to understand meaning and will provide this message of guidance into every other number. Master numbers have been referenced throughout history for thousands of years and are one of the most important pieces of numerology as a whole.

Angel number 10-99 are known for being extremely powerful as well as their symbolism across generations of history and different culture. If you begin seeing one of these angel numbers then you should be ready for incredibly things to happen to your life.

There are thousands of numbers that consistent of multiple different digits. These numbers have a significant meaning for your life and it is important for you to understand the messages that your guardian angels are trying to communicate with you.

How Angel Numbers Impact Your Life

Angel numbers will have a direct impression and impact on your life if you are open to listening to what the higher powers in your life have to say. This could be a sign that something positive is about to happen in your life or could even be a sign that you need to fix something in your life. This direct line of communication is essential for your to reach your personal potential and you must be open to listening to your guardian angels. Below are a few articles to read about how angel numbers can impact different aspects of your life.

Why Do Angel Numbers Show Up?

These numbers are what your angels will use to communicate with you. The reason why they do this is because the image of an angel showing up in dreams or even in person could frighten you. It’s much easier to get a point across because people don’t expect it when there are just numbers, but if you are aware of the meaning of angel numbers then you will begin to see them everywhere you go. You will begin to be able to understand what your angels are trying to communicate to you about your life and the meaning of your life.

How To Know If They Are Real Angel Numbers

There are many ways to know what is an angel number and what is not. One of the most popular methods for knowing what is an angel number or what isn’t is by what it makes you feel. For example, if you see a certain amount of numbers over and over again, say 10:14 and then find out that it was on your mothers birthday or someone else’s birthday who has passed away in your family, then they could very well be from angels. Another way to tell what is real about these numbers are what you find when you look up the significance of what they stand for. What I mean by this is that if you have seen a random digit combination and found out that this particular angel number is relevant to your life, then this could be an angel number.

How To Find Your Angel Number

Can My Angel Number Change Over Time?

Yes, your angel number may change over time as you progress through life. The truth is that once we have committed to a number, the universe will work with what we draw to us. But what does it mean when your angel number changes? It means you are changing too and what you were drawn to initially may no longer be what you are meant for later in life.

Based on what your angel number is, this may happen sooner or later so don’t worry if your number seems to change quickly. No need to worry about what’s coming next because your guardian angels will help guide you through it all. And even if they don’t give specific information about what changed them, always remember that every change comes with lessons along the way.

Are Angel Numbers from God?

There are some who believe that angel numbers come directly from God. It’s what I believe and what many others who practice numerology as a spiritual tool, believe. Other people say the numbers come from their angels but still use them as a stepping stone to connect with God. And then there are some who think they can control what comes out of their angel number readings or even what is sent their way because it is simply just coincidence. Others don’t believe in God but believe that angel numbers are messages directly from the Universe. Nobody will ever know for sure, but it is important to learn more about angel numbers and then begin to form your own spiritual beliefs.

The true origin of angel numbers is unknown but what we do know is that it has been around in folklore and written documentation for thousands of years. We have seen signs of the study of numbers from ancient cultures from multiple different continents that range from Asia, Africa, Europe, and more.

Angel number grew in popularity during the 6th century BC because of the philosopher Pythagoras. Pythagoras brought mass attention to numerology and the study of numbers within everyday life as well as the universe. Pythagoras didn’t invent angel numbers or numerology but because of how popular he was during his era he helped to spread the word of this study.

How Many Angel Numbers Are There?

It is thought that there are thousands of different angel numbers out there but there are some that are more common or popular compare to others. Single digit angel numbers, numbers 0-9, are known to be the master numbers as they are the original numbers with spiritual significance. These numbers each have an important meaning and are used to create further angel numbers.

Some numbers are more recognizable because of the sequence of digits compared to more randomly sequenced numbers. Triple digit numbers that repeat the same number such as 333 or 444 are easier to recognize compared to longer numbers such as 9756.

The terms numerology and angel numbers have been referenced together for thousands of years but the simple definition of numerology is that it is study and exploration of numbers within human history. Numerology has been around for thousands of years across numerous amounts of different cultures. It has been referenced within countless different religions, within astrology, within the spirituality industry, and much more.